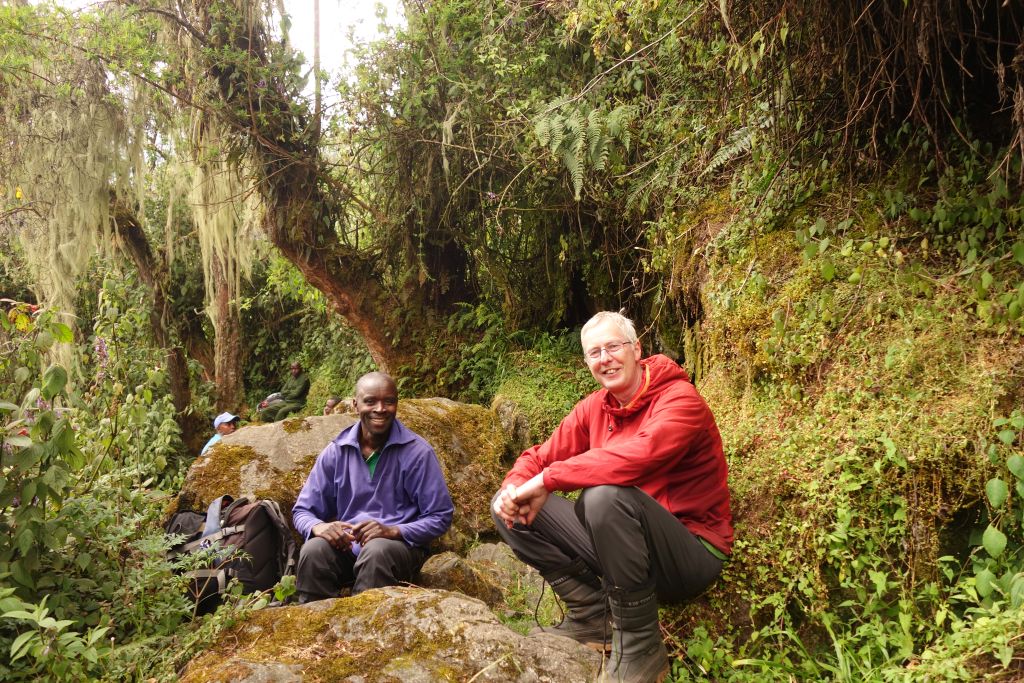 In 2012, my son David came back totally excited about a Ugandan trip. He was impressed by the impressive flora of the Central Circuit and the ascent of the Margherita Peak. This was followed by a lecture at the German Alpine Club and a publication of his travel report in the journal of the German Alpine Club.
During this trip he became friends with Hezron. Organized and accompanied by Hezron, he undertook further trips to Uganda together with my brother Andreas. They did some hikes in the Ruwenzori and visited some national parks.
In 2017, Hezron announced that he had founded a trekking and safari company to tour tourists to the Ruwenzori Mountains and national parks. That's when I got on the boat. In order to support the newly founded company, I created this website. In doing so, I realized that Uganda is a wonderful and diverse travel destination.
At the end of December 2017, I traveled with my wife to Uganda to hike with Hezron to the now-developed Central Circuit. On this trip we met the absolutely lovable Hezron and his family. We also returned home enthusiastically.
This website is based on the experiences my family has gained during their Ugandan trips.
Markus Wenzel

In the name of Hezron, I would like to thank the many people who willingly provided us with their holiday photos.